The path to harm reduction work is explored by Stephanie in this video. I was just newly moved to Toronto. I had decided that I was going to become a frontline worker and I was going to go to college. So I was going to George Brown and I was in my first year placement. And I was working in a drop-in that served primarily men. And I was having some conversations with a couple of the guys that were there. And one of them had disclosed that he was HIV positive, but that he was also an injection drug user. And that he was having trouble, with his friends, trying to find, trying to access syringes. And so they had been sharing. There was a group of men that had been sharing syringes. And this kind of set off some red flags for me a little bit. And I thought, “Okay, I know that the City of Toronto is giving out syringes somewhere.” I was still really new so I didn’t know exactly where to go. And so I talked to this agency and I said, “You know there’s people here and they’re using and maybe we, like, where do we get kits? Where can I get them? Can I give them kits? Can I, can I do that?” And they said, “No, that’s not part of our policy. We don’t distribute harm reduction supplies.” And then they made a suggestion that I get involved in harm reduction. And I wasn’t too familiar with the term. Like, I kind of understood not sharing needles and using condoms and things like that, but. So then for my second year I got into a Community Health Center into a harm reduction program where I had a group of people with lived experience different than mine, but similar. And they taught me almost everything I know. And I started out as a Peer Worker and that was, I guess about six or seven years ago. And now I’m coordinating a harm reduction program and I have my own team of harm reduction workers. 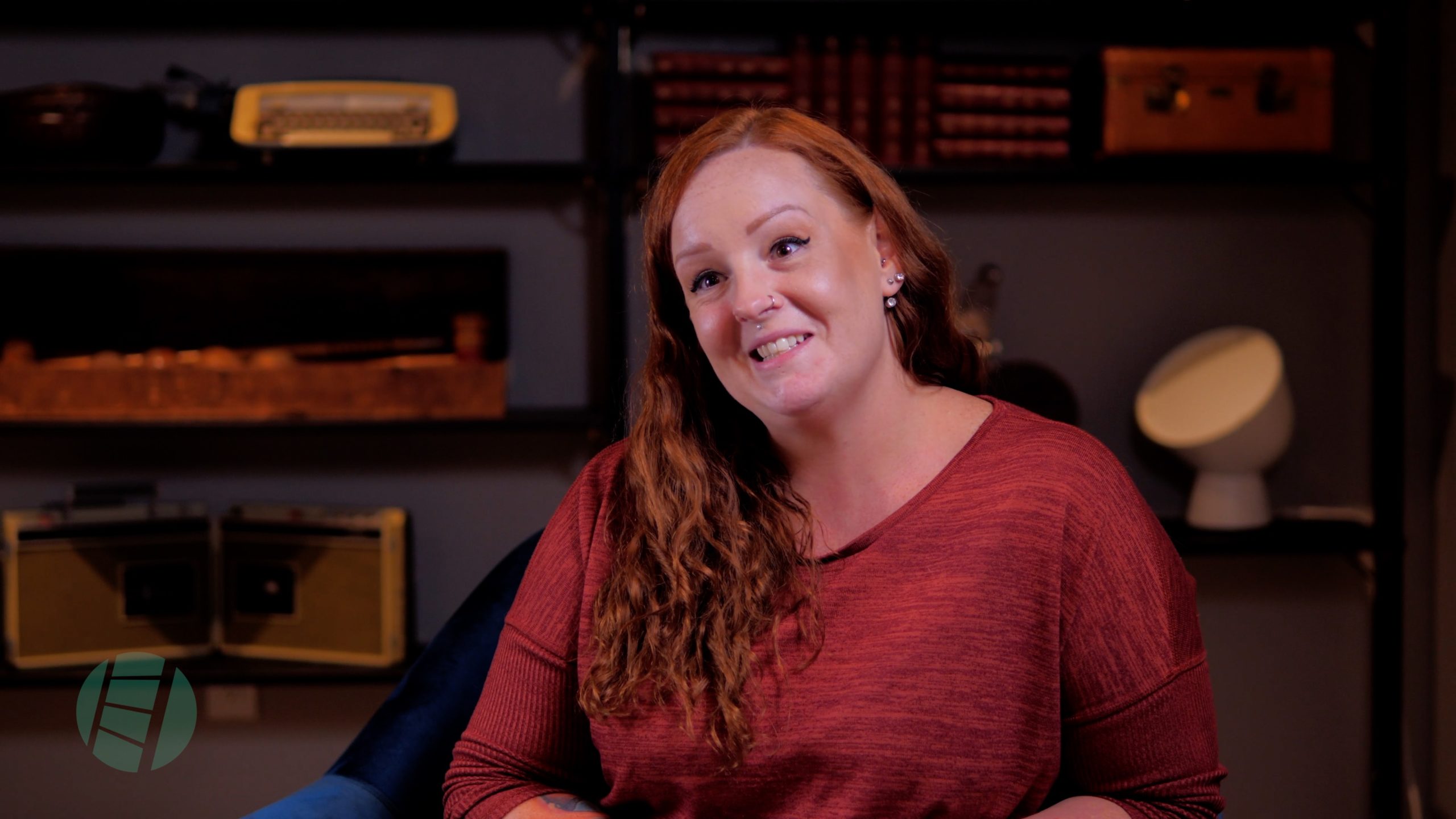